Big news for Marymoor R/C: youth members Ian Morrow and Hailin Truman joined forces with member Bryan Connelly to create one massive yet incredibly light scratch build. The design ultimately became roughly based on a C-133 (long nose with a large tail) and was successfully maidened last month. It ended up being named M-133 (short for 'Mudgy', a name Bryan came up with for his numerous STOL scratch builds he's created). The Experimental Aircraft Association (EAA) reached out to our President, Zach Sweetser, and put together an awesome article about the awesome work the kids and Bryan put into the build and how integral the R/C community and hobby is in bringing youth and more into the aviation industry.

Congratulations to all of you on a great build, and Marymoor would like to personally thank Bryan Connelly for his many years and continued service of bringing in countless youth into our club and promoting our hobby for the next generation. Even our President, Zach Sweetser, got his start at Marymoor back in 2008 by way of Bryan Connelly. Full circle! 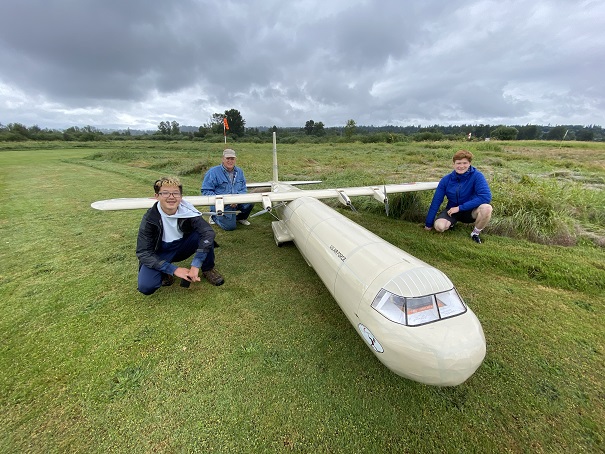